The Dangers of Choosing the Wrong Florida Title Company

The Dangers of Choosing the Wrong Florida Title Company

How bad can choosing the wrong Florida title company be?

While there may be a dozen different individuals and service providers involved in your Florida real estate transaction, it all comes down to the title company to get the deal signed and closed. On the surface it can be hard to tell the difference between title companies in FL. They all say they offer similar services, act with integrity, and are competitive on closing costs. However, the results can be dramatically different. Some home buyers and sellers have only found this out a year or two down the road, with financially catastrophic consequences. So just how bad can it really get? Why is a proven, trusted, and highly recommended title company so essential?

If your title company gets just a couple of lines or digits wrong on your Closing Disclosure, or fails to record documents correctly there can be massive tax penalties at stake. This really reared its head after the crisis kicked in. Title companies that weren’t financially sound closed their doors. A year or two later those that had done business with them started receiving massive tax bills from the IRS. In one case this resulted in a $400,000 income tax bill and the IRS chasing down a seller, all because the title company hadn’t shown there was a mortgage paid off. All of the proceeds were reported as income. But the seller never received that money, and since the title company had closed its doors it could be virtually impossible to prove they didn’t owe almost half a million dollars to the IRS.

A lot of real estate and mortgage fraud all happens at title companies and real estate attorney offices. This is where extra fees and payments get hidden, and suitcases of cash have been exchanged. In Miami this has now triggered new Federal identity verification guidelines to prevent money laundering. A former FL real estate agent was just convicted in early 2016 for hiding incentives paid out by sellers. According to The United States Attorney’s Office he could face up to 150 years in prison.

Whether due to paperwork mix-ups or fraud title companies have also been found to fail to us money they collect in escrow at closing to pay tax and insurance bills. Home buyers have only discovered this when their properties go up for auction or mortgage lenders force place insurance policies on them. In at least one case this has led to foreclosure.

By far the most common issue is simply inexperienced title companies and employees that are not proactive about tackling potential issues. If lien or signature issues are not attacked early, or the parties aren’t prepared in terms of what they need to close the deal can fall apart. That can mean lost deposits, and lost opportunity costs, not to mention months of wasted time.

While it is always critical for buyers and sellers to check the paperwork, ask questions, and be careful about the accuracy of what they are signing, there are clearly some title companies which are better than others. Look for one with experienced staff, who has a good reputation, is proactive about squashing potential delays, and that is committed to doing business right. That way they’ll always be there when you need them.

Find out more about Compass Land & Title today, and experience the great service that has earned us the position of go-to Florida title service for some of the most sophisticated and wealthy individuals and organizations buying and selling Florida property… 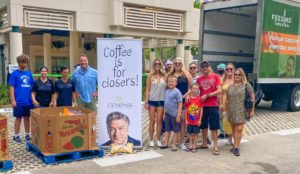 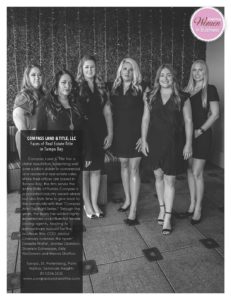